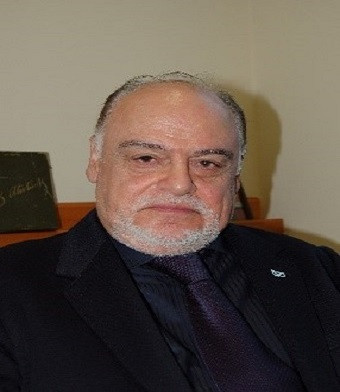 Mesut Iktu, who was born in Ankara, started his education in music at Ankara State Conservatory. He got instruction in flute for a while and then he started training in opera. He worked with Edvard Heindrichs, Saadet Ikesus-Altan and Afro Poli and graduated with a first from the department of Opera Higher Education. He won a state scholarship and was sent to Germany. He studied singing and opera stage with Prof. Herbert Brauer and Lied-Interpretation with Prof. H. Schmith Rhein and Prof. Gerhard Puchelt at Berlin State School of Music and Stage Arts and graduated with high honors. Mesut Iktu gained popularity in the country and abroad in opera performances, vocal symphonic concerts and recitals due to his voice, technique and large voice spectrum. He had a role in many operas such as Barber of Seville-Figaro, Magical Flute-Papageno, Rigoletto, Otello-Jago, La Boheme-Marcello and From Midas’s Ears to King Midas. Especially, he became exclusive with the roles of Figaro, Papageno and Jago from Barber of Seville, Magic Flute and Othello.          Aside from Opera he is also known as a concert singer. With the accompaniment of the State Symphony Orchestra he performed Gustav Mahler’s works for the first time in our country. He made archive bands and TV programs for TRT. Mainly, he publicized Turkish composers’ works in his concerts. He made the sounding of “5 –Melodies for Bariton and Orchestra” which was composed for him by A. Adnan Saygun. State Symphony Orchestra accompanied him.          He performed abroad as a concert and opera singer especially in Germany, Romenia, U.S.A., Yugoslavia, Bulgaria, Etiopia, Kenya, Italy, Belgique, Russia, Slovakia, Azerbeyjan, Georgia, Poland, North Cyprus, Greece, Brazil, Norway, Austria,Netherlands, Hungary and Belarus. Mesut Iktu took roles in various operas, gave concerts accompanied with orchestras, had many recitals and has many awards. It was his ideal to include Turkish works of art to be performed and publicized abroad in many International Music Festivals and Symposiums.          He has many CD’s in which he has many songs and works of Turkish composers which are organized by Sevda-Cenap And Music Foundation, TRT, Bilkent Academic Symphony Orchestra and Kalan Music Production Company. These also include many famous arias and lieds sung with the accompaniment of piano.          Aside from being a soloist performer, he was performed as a Director and General Arts Manager of İstanbul State Opera and Ballet.  Mesut Iktu was an academic member of Mimar Sinan Fine Arts University since the foundation. He was worked as a director of National Conservatory for long time. Prof. Mesut Iktu gave lessons in singing, musical diction with a text and lied interpretation. He also served as a head of the department of Opera, University Board Member and Senator, a head of the Education Council Conservatories Group in Inter-University Board and a head of Music and Performing Arts Associate Professorship Exam Commission.  Prof. Mesut Iktu had also served as the head of the Department of Art Management in Istanbul Kultur University,where he also held the position of General Artistic Director of the Akinguc Auditorium. Prof.İKTU is celebrating his 49nd Artictic Anniversary in 2019.Today the continues his artistic and musical work as well as lectures and in teaching in various univertsities.