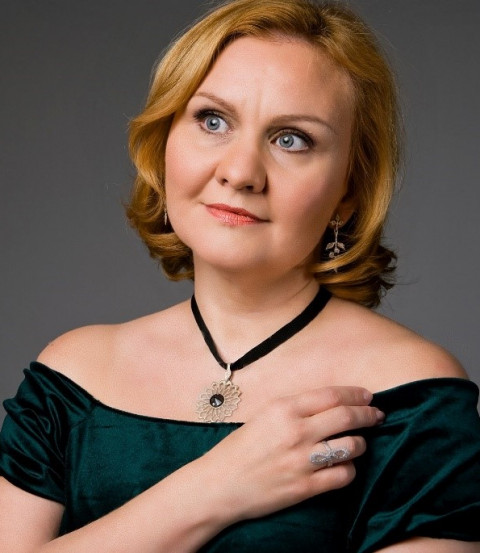 Prof. Dr. Dorota Całek – an opera singer (soprano) and a teacher. She is a graduate of the Department of Vocal and Acting Studies at The Fryderyk Chopin Academy (currently University) of Music in Warsaw and the Speech Therapy Postgraduate Studies at The Maria Grzegorzewska Academy of Special Needs Education in Warsaw. She received the PhD degree in musical arts in the field of singing. She was a soloist of The Warsaw Chamber Opera for many years. With the theater group she was performing in Germany, France, Switzerland, Russia and Lebanon. The soloist cooperated with The Music Theatre Roma in Warsaw (Diane in Orpheus in the Underworld by J. Offenbach) and The Baltic Opera in Gdańsk (Countess in The Marriage of Figaro by W. A. Mozart). In 2000 in Berlin she took part in an international project Opera for four buses with Krzysztof Knittel’s music and in 2002 she sang at the Moniuszko Gala in Lviv Opera Theater. She considers the character of Kostelnička in the original version of Jenufa by L. Janáček, performed in WOK in 2004, to be her bigger acting success. She has performed repertoire of songs and oratorios. She sang inter alia in The S1 Studio in Warsaw, The National Philharmonic,  philharmonics in Kraków, Lublin, and Kalisz, as well as in Lithuania, Belarus, Ukraine, and Turkey. At present, the artist performs and records mainly Polish repertoire participating in the premieres of pieces by inter alia R. Twardowski, M. Sawa, P. and M.T.  Łukaszewski. She works as a lecturer at The Faculty of Pedagogy and Fine Arts in Kalisz (Adam Mickiewicz University in Poznań) conducting vocal pedagogy classes and at The University of Warsaw where she teaches voice emission at teacher training specialization. Adam Mickiewicz University Education and art Faculty, Kalisz, Poland                                             tel. +48 501152420 mail: dcalek@poczta.onet.pl